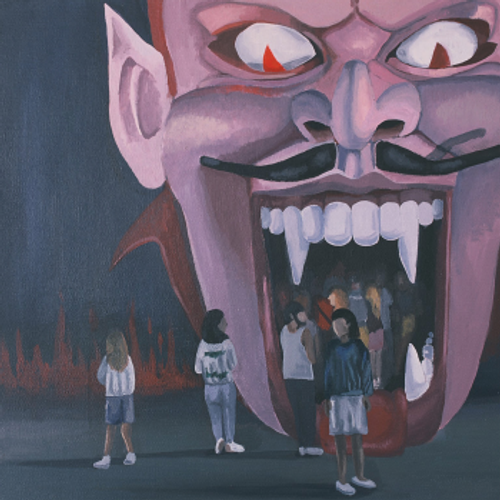 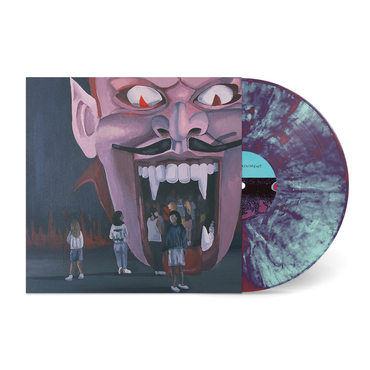 Ever since SPIRIT OF THE BEEHIVE released their self-titled debut in 2014, they’ve developed a reputation for being your favourite band’s favourite band. Theirs is the music of immersion, of confrontation, the kind that makes a listener stop and wonder, “How are they even doing that?”.

Their fourth album and Saddle Creek debut, ENTERTAINMENT, DEATH signals new chapters for the band on multiple fronts, being the first to feature their new three-piece lineup, as well as the rest to be entirely self-recorded and produced. Guitarist/vocalist Zack Schwartz and bassist/vocalist Rivka Ravede are now joined by new member Corey Wichlin, a multi-instrumentalist who relocated from Chicago to the band’s home territory of Philadelphia last year. In the spring of 2020, the trio began to write their new album at a distance by emailing back and forth. “The process of making this album was basically the exact opposite of our experience creating Hypnic Jerks,” Schwartz explains. “We had to record that in seven days, because that was the studio time we had, whereas ENTERTAINMENT, DEATH was made over the course of three, four months.”

An abundance of time wasn’t the only difference. Recording remotely toured the band an incentive to experiment with new possibilities for their sound, resulting in an album that is unlike any SPIRIT OF THE BEEHIVE has released before. Once the band finished recording and mixing the album digitally, they mastered it to tape, lending the collection a textured, dimensional quality.