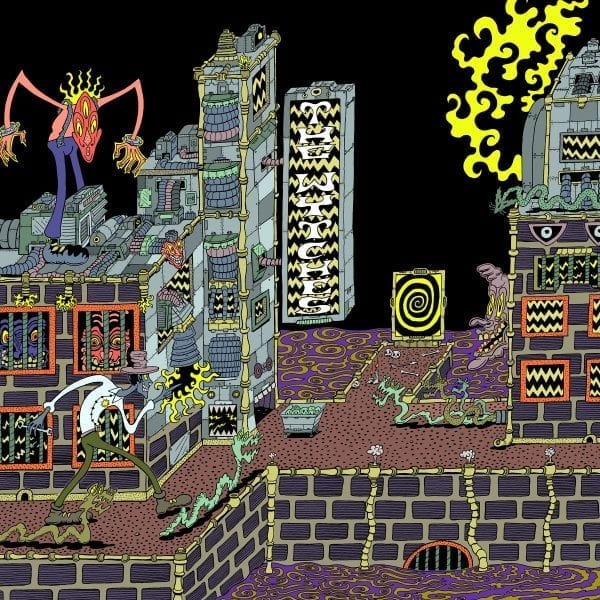 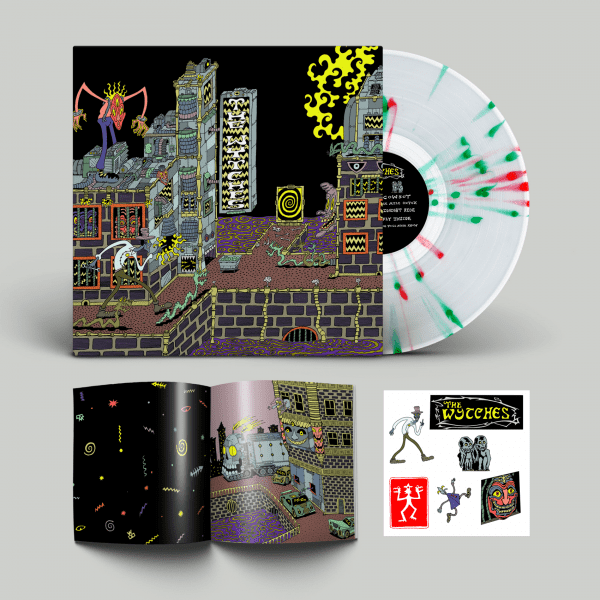 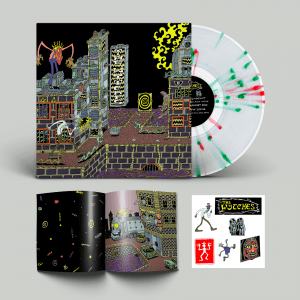 Today, The Wytches announce their third album  Three Mile Ditch. The album features the recently released single “Cowboy” which marked their return after four years away and to celebrate the announcement they share new single “A Love You’ll Never Know”. The track is accompanied by a music video by Mark Breed and he explains,

“The music video format was a long process. Making the set was incredibly fun with Kristian crafting most of the miniatures.I then had to film the green screen band performance within the set before recording the edited version onto my VHS camera. Finally I shot the finished edit inside the view finder.”

The album recorded with Luke Oldfield at Tile House Studios will be released on their own label Cable Code Records on Friday 2nd October.

“This is the first thing that I’ve ever been proud of for longer than a week,” says The Wytches frontman Kristian Bell of the band’s latest album Three Mile Ditch. This sense of vigour and enthusiasm coming from Bell about the band’s third album is matched by its contents. The album is an explosive collection of 10 tracks that weaves seamlessly between gut-wobbling monster riffs, swampy rock, slick surf, and finely tuned songcraft. It’s also the result of a band coming back from the brink of collapse.

The band’s early trajectory was a steep and speedy one as they quickly established themselves as one of the country’s most exciting and pulverising new bands. Major festival slots stacked up at places such as Glastonbury, SXSW, Reading and Leeds, and British Summertime with the Strokes. As did the tours across the US with METZ, traversing Europe with Fat White Family and Death Grips. They garnered support from BBC 6 Music, DIY, MOJO, NME and more. However, when the ascent to the stratosphere is moving at such a speed, there’s a risk of burning out and imploding, and the band came close to this.

They were on the rocks for a while, unsure of themselves and if the band should – or even could – go on. “I had it in my head that this kind of thing only really happens once and to try it again might be a big waste of time,” Bell reflects. However, despite the difficulties, the powerful pull of the band was too great to ignore.

“We had an album’s worth of songs that was some of our best material. The mission became to complete a Wytches album rather than get The Wytches back on the touring circuit. This album helped us make the decision to try it again.”

Whilst the album is bursting at the seams with hard rock screamers, with hooks and riffs so infectious they burrow deep into the brain, there’s also other more nuanced elements at play. Bell’s love of classic songwriting from Bob Dylan to Elliott Smith via Big Star’s Alex Chilton can be heard reverberating throughout the record; the result is a blend between his honed and subtle knack for songcraft and crunchy, eruptive bursts of noise.

A leaving member left them feeling they couldn’t face introducing a new drummer and teaching them all the new songs so they simply pounced on their momentum and took on that role themselves, sharing drumming duties. Joining the two, was a familiar face in Mark Breed. “It was the first time Mark was present for most of the recording sessions. Mark was our original bassist before we moved to Brighton. He decided to stay in Peterborough to focus on his own work and a few years later re-joined us on guitar and keyboard. He added a lot of depth to the song arrangements. Also, I think when he saw things were starting to fall apart, he stepped in to help bring back the band dynamic we were missing.”

For Bell, the band has never felt more vital or alive and that’s come with a degree of confidence and assuredness when looking to the future. “Early on a few negative comments would be enough for me to disassociate from my own work. But you grow up and you mature. I never felt like I could stand behind what I was doing all that much but with this album I really can.”