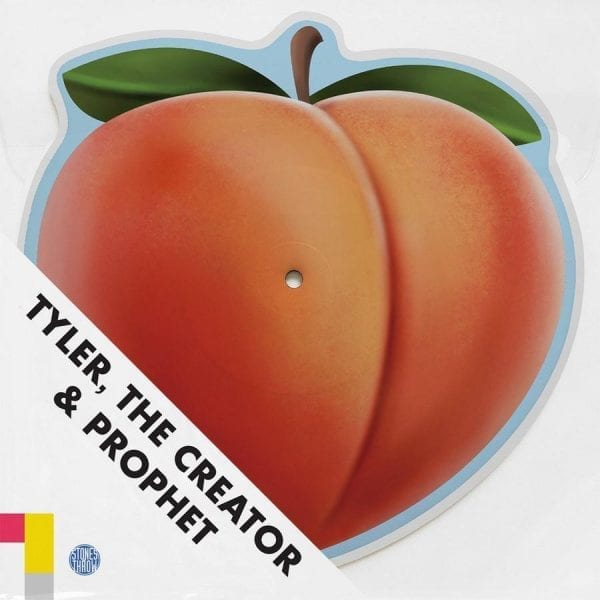 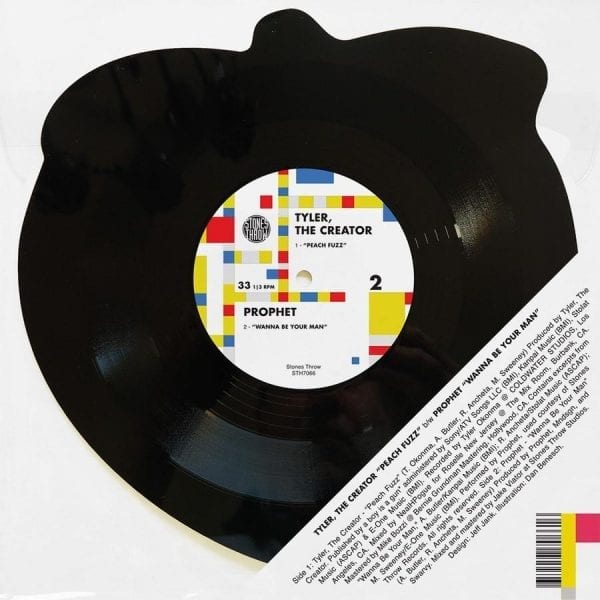 Designed by Jeff Jank. ‘Peach Fuzz’ features underground funk musician prophet and Grammy winner Tyler, the Creator. Cut out animation of a peach emoji featuring Tyler, the Creator’s reworked version of Prophet’s ‘wanna be your man’ on the a side and the original track produced by Prophet, MNDSGN and Swarvy on the flip.

‘Wanna be your man’ was also the title of Prophet’s 2018 album, his first in 34 years. For fans of MNDSGN, Frank Ocean, Earl Sweatshirt, DJ Harrison.