Join us for an intimate in store show on Thursday 26th August at 8pm. One purchase of any format per person for entry. This will include a signing session. 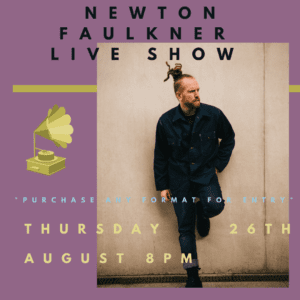 Four years on from his last studio album, Newton Faulkner has been working throughout lockdown from his recording studio in East London, exploring a number of new and unexplored styles and musical ideas, using them as the building blocks for this album. Twisting these inside out, he has pushed himself further and further. I ’m not very precious any more,” he remarks. “The music is a bit chunkier, it’s definitely way heavier and much less acoustic than previously. I feel like the stuff I’ve written recently is simpler, but it’s tasteful… it works as songs. I can feel it.”